A soluble concentrate containing 600 g/l clopyralid
A foliar acting herbicide effective against a range of perennial and annual weeds, in particular THISTLES and MAYWEEDS, in a variety of crops.

Other Specific Restrictions: Applications must not be made earlier than 1st March in the year of harvest. Keep livestock out of treated areas for at least 7 days and until foliage of any poisonous weeds such as ragwort has died and become unpalatable. For use on ornamentals applications must only be via directed sprays only to target weed foliage. Do not use between the end of August and beginning of March. A 7 day minimum application interval must be observed for those crops with 2 applications.

It is essential to select a rate appropriate for the weed size. Best results will be obtained when weeds are actively growing at treatment. Extreme care must be taken to avoid spray drift onto non-crop plants outside the target area.

CAUTION
CLIOPHAR 600 SL herbicide is a soluble concentrate formulation of clopyralid, a foliar acting herbicide which is also translocated into roots, rhizomes and stolons. CLIOPHAR 600 SL is particularly active on weeds of the Compositae family e.g. annual and perennial thistles and mayweeds.

ALL CROPS (EXCLUDING CEREALS) CLIOPHAR
600 SL residues in plant tissues (including manure and digestate) which have not completely decayed may affect succeeding susceptible crops. If treated crop remains have not fully decayed by the time of planting following crops then avoid planting: peas, beans and other legumes; carrots and other umbellifers; potatoes; lettuce and other compositae; glasshouse and protected crops. To avoid risk to field crops following application of CLIOPHAR 600 SL to crops other than cereals, do not plant susceptible autumn-sown crops (e.g. winter beans) in the same year as treatment with CLIOPHAR 600 SL. Where susceptible crops are to be planted in spring, do not apply CLIOPHAR 600 SL later than the end of July of the previous year. Chop and incorporate all treated plant remains in the early autumn (or as soon as possible after harvest) to release any residues into the soil, where they are more quickly broken down. Following good agronomic practice ensure that stubble and straw (including farmyard manure) and other treated plant remains have completely decayed before planting susceptible crops.

CEREALS
Straw from cereals sprayed with CLIOPHAR 600 SL may contain residues which could damage certain crops. To avoid such risk:
Field Crops: Bale and cart away the straw. Where straw is chopped and incorporated do not plant winter beans in the same year as treatment with CLIOPHAR 600 SL.
Glasshouse Crops: Straw from treated crops should not be used or supplied for use as straw in compost, poultry litter, manure or spent mushroom compost for any glasshouse crop.
Straw from treated crops may be used for strawing down strawberries.

NOTES
For best results apply CLIOPHAR 600 SL when the weeds are actively growing.
Control of mayweeds may be reduced if they are suffering from drought stress at the time of application. Control of creeping thistle and other perennial weeds may be impaired by cultivations either before or within a period of two weeks after application of CLIOPHAR 600 SL.
In common with good spraying practice CLIOPHAR 600 SL should not be applied when the crop is damp or when rainfall is expected within six hours.
Do not spray when crops are under stress from cold, drought, pest damage, nutrient deficiency etc. Where 2 applications are made to a crop a 7 day minimum application interval must be observed. Consult processors before using on crops for processing.
Contract agents should be consulted before using on crops grown for seed.
Do not apply to crops undersown with clover or other legume containing mixtures.
CLIOPHAR 600 SL is not subject to vapour drift, but do not spray in windy weather and avoid drift onto susceptible crops (eg seed potatoes).
Take care to avoid drift onto crops and non-target plants outside the target area.
Wash spraying equipment thoroughly with water and a liquid detergent immediately after use. Spray out.
Fill with clean water and leave overnight. Spray out again before storing or using another product, particularly where changing over from herbicides to insecticides. Traces of CLIOPHAR 600 SL can cause harm to susceptible crops (eg seed potatoes) sprayed later.
CLIOPHAR 600SL should be applied in tank mix with other products only if any requirement or restrictions on the other product label do not conflict with the requirements or restrictions of CLIOPHAR 600 SL. Tank mixes should not be allowed to stand in the tank and agitation should be maintained at all times.

MIXING
Fill the spray tank half full with water and add the required amount of CLIOPHAR 600 SL mixing well, then complete filling. If using a tank mix the other products should be mixed with the water first following the label instructions, and CLIOPHAR 600 SL added last. The spray mix must be agitated continuously until application is complete.

CLIOPHAR 600 SL applied in the 0.17 L/ha + 0.33 L/ha programme will also give some suppression of young plants of amphibious bistort (Polygonumamphibium) and colt's-foot (Tussilagofarfara).

OILSEED RAPE AUTUMN SOWN
OILSEED RAPE
CLIOPHAR 600 SL can be applied to all varieties of autumn sown oilseed rape in the spring from the two fully expanded leaf stage but before the flower buds are visible above the crop canopy.

Perennial Weed Control
For the control of creeping thistle apply CLOPYRALID 600 SL at 0.33 L/ha in 200 litres of water per hectare at the weed rosette stage (up to 30 cm across).

Use Alone
CLIOPHAR 600 SL may be used alone from the fully expanded cotyledon stage of the crop.

CONTROL OF VOLUNTEER POTATO
CLIOPHAR 600 SL, when used for the control of volunteer potato will give good stunting and loss of vigour to the potato. The control of green foliage will not be complete but the reduction in vigour will significantly reduce the competitive threat posed to the crop from this weed. As well as the reduction in vigour there can be a substantial reduction in number and weight of any daughter tubers that are produced. Any daughter tubers that are formed by a potato plant subsequent to the application of CLIOPHAR 600 SL can have reduced viability and loss of vigour.

SWEDE AND TURNIP
CLIOPHAR 600 SL may be applied to all types and varieties of swede and turnip in the spring. For the control of annual weeds apply CLIOPHAR 600SL at 0.17 L/ha in 200 to 250 litres of water per hectare. For the control of creeping thistle apply CLIOPHAR 600 SL at 0.17 L/ha for the first application at the rosette stage, followed by a second application three to four weeks later of 0.33 L/ha in 200 to 250 litres of water per hectare. Application should only be made to direct drilled brassica crops after they have reached the two true leaf expanded stage. Transplanted crops can be treated once they are growing strongly and are fully established. Some chlorosis or leaf distortion may occur in crops with a reduced coating of leaf wax (e.g. due to soil acidity).

Compatibility
CLIOPHAR 600 SL when used at 0.33 L/ha should not be tank mixed for use on any brassica crop. GRASSLAND CLIOPHAR 600 SL can be applied to all species and varieties of grass in established leys or permanent pastures following removal of any livestock. As an overall treatment, CLIOPHAR 600 SL should be applied at 0.33 L/ha in a water volume of 300 to 400 litres/ha. Application should be made when weeds are actively growing at the 15 to 30 cm rosette stage. If grass has been cut for hay or silage, treat at least 2 to 3 weeks after cutting when sufficient regrowth has occurred

NOTE
A 7 day period must elapse between the application of CLIOPHAR 600 SL and the reintroduction of livestock, or the cutting for hay or silage.

CEREALS (WINTER AND SPRING WHEAT, BARLEY, OATS)
CLIOPHAR 600 SL at 0.12 L/ha added to Starane 2 will improve control of corn marigold, groundsel, pineappleweed, scented mayweed, scentless mayweed and smooth sowthistle. Recommended water volume is 200 litres/ha. CLIOPHAR 600 SL can be applied in the spring from the 2 leaf stage (Zadoks 12) up to and including the second node detectable stage (Zadoks 32). 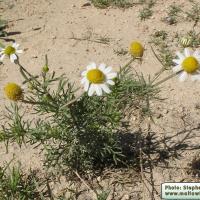 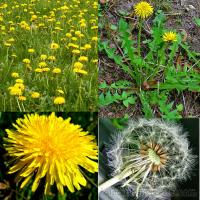 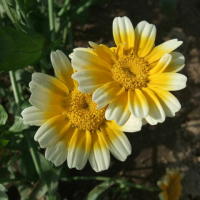 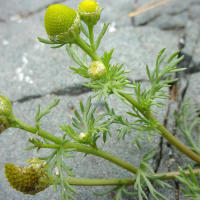 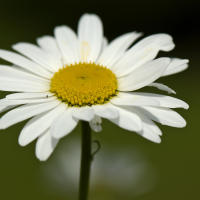 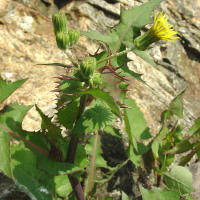 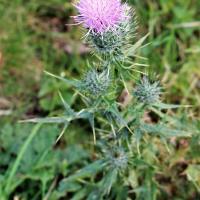 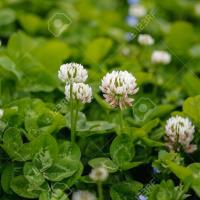