Rate of Use:
Apply 5.0 litres/hectare in 220/550 litres of water, using a medium quality spray (BCPC definition). Spot treatments can be carried out using 250ml in 10 litres water.

Timing:
For perennial weed control in established grazing land, or where grass is taken for silage or hay, Hysward should ideally be sprayed when the majority of weeds have reached the flower bud stage (just before flowering). The timing of the flower bud visible stage varies depending on the weed species (early in the season for species such as creeping buttercup, or later for weeds like thistles and docks). Weed re-growth after cutting for silage or hay should be at a similar stage before spraying. Fields sprayed with HYSWARD should NOT be cut for hay or silage or grazed for at least 14 days after treatment. If poisonous weeds such as Ragwort or Hemlock are present, the treated fields should not be cut for hay or silage, or grazed until they have disappeared and become unpalatable. DO NOT use HYSWARD on temporary clover leys or where clover is an important constituent of the sward. 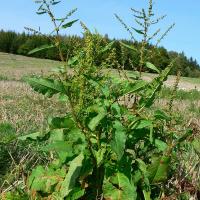 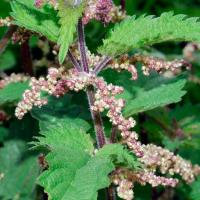 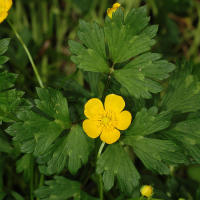