Infections of young twigs and leaves are the most common symptoms of rust, but in California, fruit infections may be a major component of the disease as well. Transchelia discolor survives in twig cankers or on other host parts, and airborne spores depend on wetness for infection. This disease typically has been more prevalent on cling varieties of peaches than on other varieties because the areas in which cling peaches are grown tend to have higher rainfall, making conditions more conducive to disease development. Fruit symptoms may resemble damage caused by stink bugs; confirm rust by the presence of rust spores within the fruit lesion or by leaf or twig symptoms. 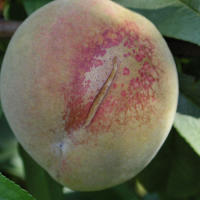 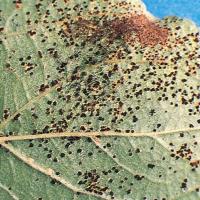 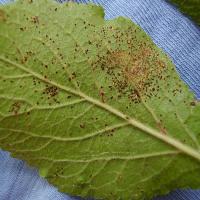 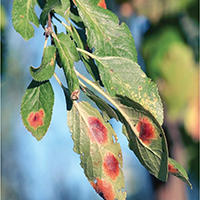 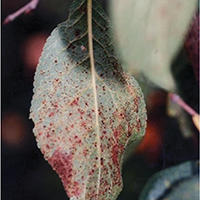