Adult leafhoppers are small, elongated, wedge-shaped insects about 3 mm long. They are quick to hop and fly away if disturbed. Nymphs resemble adults but are smaller, paler, wingless and generally slower moving.

Leafhoppers are most likely to attack mature leaves from the flowering stage onwards. They occasionally damage seedlings and new growth.

Leafhoppers feed on the upper surface of leaves. Their damage appears as a pale stippled effect.

The current threshold for control through the early season is 50 leafhoppers per metre of row. 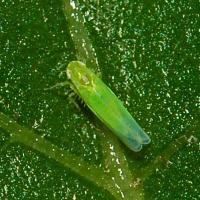 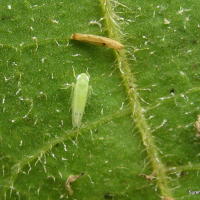