Pear scab is an economically important disease throughout the world and can cause serious losses on susceptible cultivars. The disease is more of a problem in European countries than in North America, and is especially of major concern in Japan. Sometimes called black spot, pear scab resembles apple scab (Venturia inaequalis) in nearly all respects, and is caused by the closely related fungus, V. pirina. Pear cultivars differ in susceptibility to scab; however, cultivars resistant in one region of the country may not be resistant in another region.

Symptoms: Symptoms of pear scab are very similar to apple scab. Lesions on leaves and petioles begin as round, brownish spots that eventually become velvety in appearance. Within these lesions conidia are produced. Later in the season, small spots can be observed on the lower surface of the leaves. These are usually the result of late spring or early summer infections. Leaf infection of pear is not as common as apple scab on apple leaves 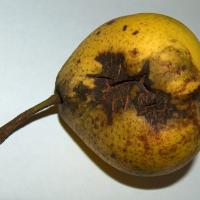 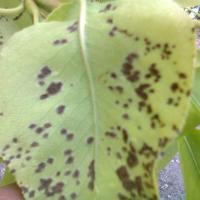 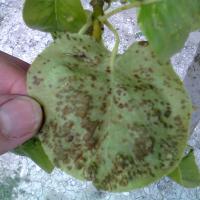 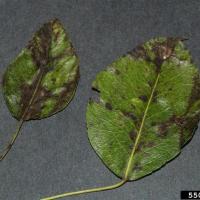 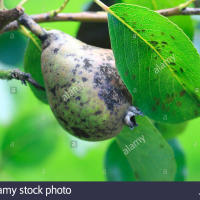 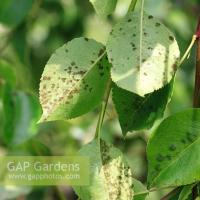 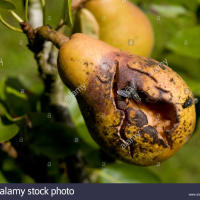 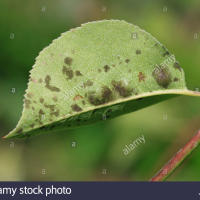 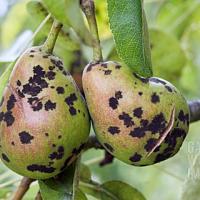 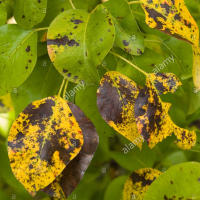