Listronotus bonariensis is a species of weevil that originated in South America and is commonly known as the Argentine stem weevil. It is apest of grasses and cereals, with the larvae being more destructive than the adult insects. Although it is a native to South America, it has spread to Australia and New Zealand, where it is regarded as a pest species.

The Argentine stem weevil is a small grey insect up to 3 mm (0.12 in) long, with a waxy covering. Soil particles adhere to this wax, and while the insect remains stationary, which it often does, this makes it well-camouflaged and difficult to spot. The larvae are cream-coloured grubs with brownish heads

The Argentine stem weevil is native to South America where it is present in Brazil, Uruguay, Argentina, Bolivia and Chile. In these countries it is not considered to be economically important. It has spread to Australia and New Zealand, in both of which countries it is regarded as a pest species. In fact, in New Zealand, it is considered to be the most important insect pest in the country, causing a total loss estimated in 1991 to be 78-251 million NZ$ per year 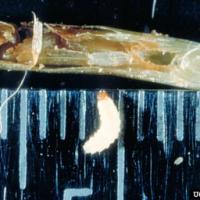 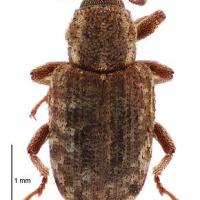 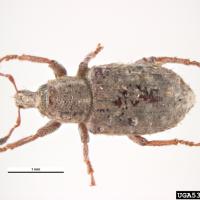