Brown beetle is a term used to describe adult grass grub and other similar beetle species that are found throughout New Zealand.  Adult grass grub are more properly known as brown beetle. Their grubs are considered to be New Zealand's major pasture and lawn pest. Grass grub lawn damage shows as patchy areas of dead grass; usually seen from March. Another similar lawn and pasture pest is the black beetle.

In October, November and December when the adult brown/bronze beetles emerge from their pupae, massed flights of soft buzzing, slow flying beetles often occur on still warm nights. Later, these beetles congregate in huge numbers, they feed on fruit trees and shrubs which are often severely defoliated.

Eggs are laid in the soil during summer; normally hatching after about 2 weeks. The small larvae then feed on the roots of grasses until spring, growing to 20-25 mm long. Infested turf and pasture turns yellow and dies off leaving a dead mat of turf.

During the late autumn and winter the grubs do not eat in the top 5cm of soil. The grubs are usually found about 15 cm below the surface and control of the grub requires getting insecticide to this level in the soil. Treatment is most effective from February to March. 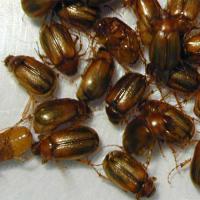 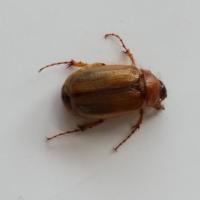 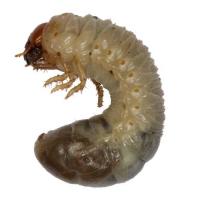 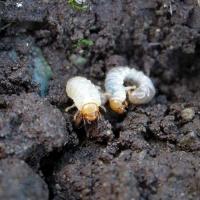 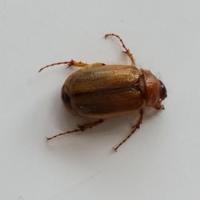