Locoweed gets its name from the Spanish word loco (crazy) which is how the abnormal behavior of poisoned animals has been described. This "locoed" behavior results from locoweed-induced neurologic damage.  Most of the time, animals become depressed and lethargic. Although some of the toxic effects resolve after animals are removed from infested areas, the neurologic damage may be permanent. Within several weeks, most livestock recover and begin to improve condition. As neurologic signs may unpredictably recur, working animals, especially horses have a very poor prognosis as they are of little value as saddle or draft animals. With chronic locoweed poisoning, livestock become emaciated and wasted as animals lose the ability to find, prehend and utilize feed. Although some may die of starvation, most die from misadventure. Other direct losses from  abortions, birth defects, increased neonatal death, and increased susceptibility to other infectious diseases may also be high. Locoweeds are relatively palatable during spring and fall when they are green and associated forage is dry or dormant. The dry senescent stalks and are also palatable during the winter. Animals can be forced to eat locoweed at other times if desirable forage is not available. Animals are more susceptible to locoweed poisoning after they have once been affected.
Locoweed is found on foothills and semiarid regions. It grows in tufts or clumps, 8 to 30 cm high. Locoweed flowers resemble sweet peas. Blossoms may be blue, purple, yellow, or white. Each stem contains numerous leaves and a leaflet on its tip; leaves are pinnately compound. 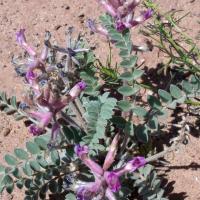 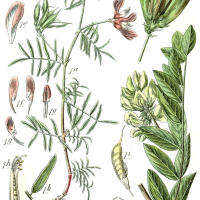 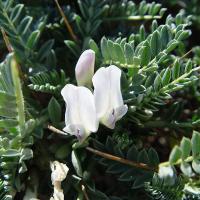 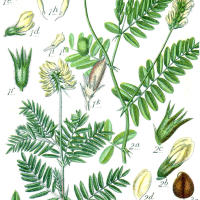 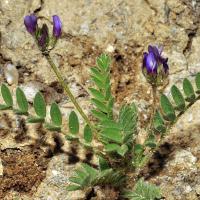 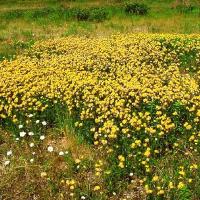 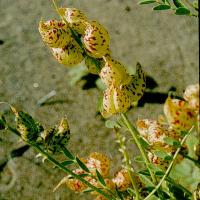 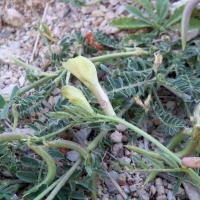