It is a perennial herbaceous plant, similar in appearance to some clovers. The flowers are mostly visited by bumblebees and develop into small pea-like pods or legumes. The name 'bird's foot' refers to the appearance of the seed pods on their stalk. Five leaflets are present, but with the central three held conspicuously above the others, hence the use of the name 'trefoil'. It is often used as forage and is widely used as food for livestock due to its nonbloating properties.

The height of the plant is variable, from 5–20 cm, occasionally more where supported by other plants; the stems can reach up to 50 cm long. It is typically sprawling at the height of the surrounding grassland. It can survive fairly close grazing, trampling, and mowing. It is most often found in sandy soils. It flowers from June to September. 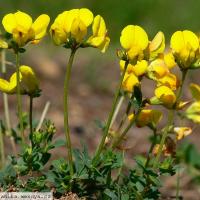 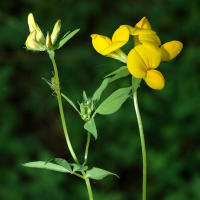 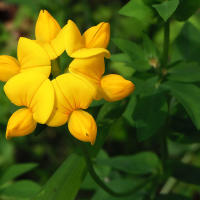 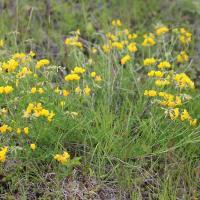 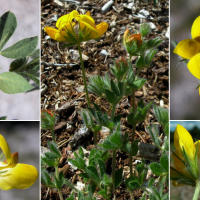