Adult pineapple mealybugs are very small, about 1 mm wide, but are visible to the naked eye. They appear fuzzy with white wax, with a pink or pink-orange hue underneath the wax. They are oval and appear humped. The ventral surface of the adult mealybug has 17 pairs of wax filaments along the edge. The pair at the posterior end of the insect is the longest. 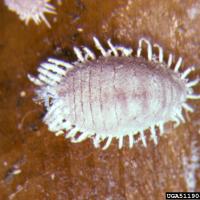 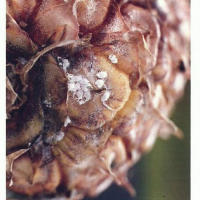 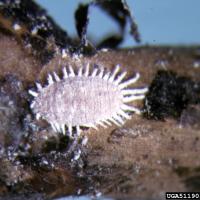 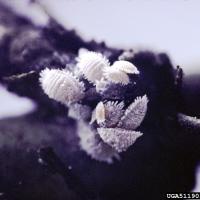