The jointed rush is widespread in waterlogged areas in hilly districts. It is a perennial with an extensive rhizome system and forms a sward rather than tussocks but is very variable in habit. The prostrate growth form may root at the nodes and form clonal patches. It is common throughout Britain and is native in damp grassland, heaths, moors, marshes and dune slacks. It is absent from dry habitats. Jointed rush flowers from June to September. The flowers are wind pollinated and jointed rush may hybridise with other species. Seed is set from September to October. The seeds require high light levels for germination. 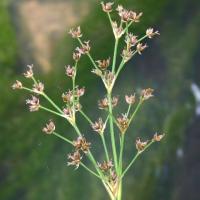 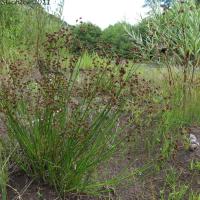 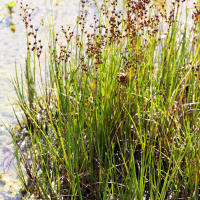 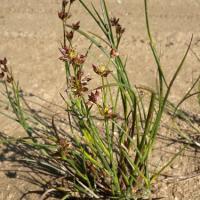