Anthracnose of Almonds (Strawberries and other berries)
Colletotrichum acutatum

Symptoms of anthracnose on almond include blossom blight and fruit infections often with spur and limb dieback. Infected flowers look similar to brown rot strikes. Leaves on infected spurs develop marginal necrosis, beginning with water-soaked areas that fade in color; leaves die but remain attached to branches.
Infected nuts show round, orangish, sunken lesions on the hull. These symptoms may appear about 3 weeks after petal fall; nuts remain susceptible and can be infected later in the season if conditions are favorable. Profuse gumming occurs as the infection progresses into the kernel. Diseased fruit die and turn into mummies that remain attached to the spur. The shoots or branches that bear infected nuts often die. Although the fungus may invade fruitwood, it is seldom cultured from affected branches. Death of the wood may result from a toxin rather than from direct colonization of the wood by the fungus. 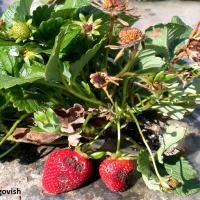 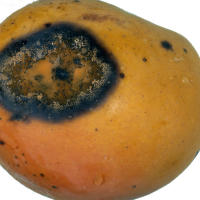 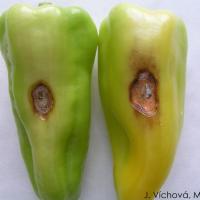 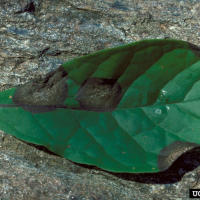