Egg: The overwintering eggs are slightly larger than those of the European red mite, but about the same color (dark brick red). Eggs are laid singly.

Adult: The adult female has a characteristic appearance that makes it readily distinguishable from the other common tree fruit tetranychids.The body color is a dull reddish brown with dark orangeish markings, and somewhat flattened. The integument has a striated appearance, with the striations running horizontally across the dorsum. The front legs are very long, over twice the length of the other legs, and extend forward from the body. The eyes are distinct red widely spaced on the cephalothorax.

Damage is similar to that caused by other spider mites. All motile stages feed on the leaves and remove chlorophyll. Leaves become stippled from feeding marks, and may become pale or bronzed; however, defoliation is less likely with this species. 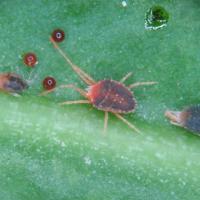 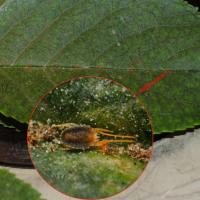 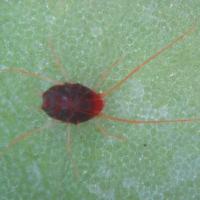 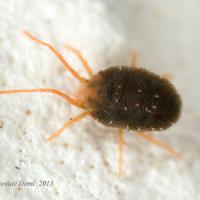 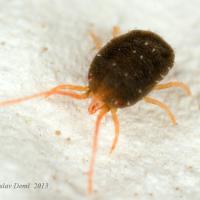