Aruncus dioicus (known as goat's beard, buck's-beard or bride's feathers) is a flowering herbaceous perennial plant in the family Rosaceae, and is the type species of the genus Aruncus. It has alternate, pinnately compound leaves, on thin, stiff stems, with plumes of feathery white or cream flowers borne in summer. This plant can be found in moist woodland, often at higher altitudes, throughout temperature areas of Europe, Asia, and eastern and western North America. In the UK it is considered suitable for planting in and around water areas, and has gained the Royal Horticultural Society's Award of Garden Merit. 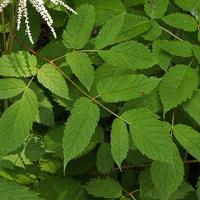 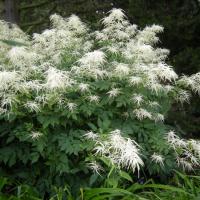 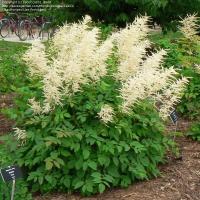 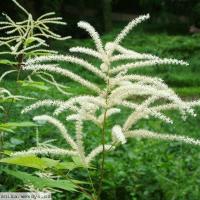 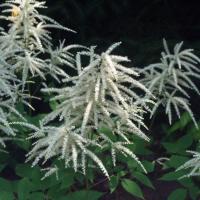 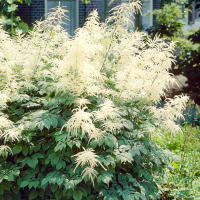