The grayish brown adults are about 1/4 to 1/3 inch long and about half as wide. Their snouts (beaks) are short and stout and curved beneath the body. The adult has two pairs of wings. The outer pair is hardened and covers the membranous pair. Each wing cover is marked with a pale, short band about two-thirds of the distance from the front of the wing. Each band begins on the inner margin and slants outward to form a V-shaped marking across the wing covers. In addition, the front of the thorax is formed in such a way as to give the appearance of shoulders.

Damage: Adult weevils attack young tomato, potato and other vegetables. They may girdle or cut-off the entire plant like cutworms. Damage to young plants is often severe. Larval damage to fleshy root crops is characterized by stunted growth, roughened irregular shaped grooves on the outer walls and by tunnels being eaten into the roots of turnip, carrot, radish, etc. The first and perhaps greatest amount of larval damage occurs on lower stems and crowns of host plants. Only the larger stems may be left and the entire crown of plants may be destroyed. Larvae may be found inside tubular onion leaves. 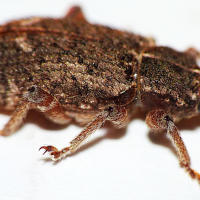 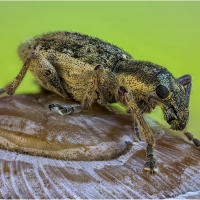 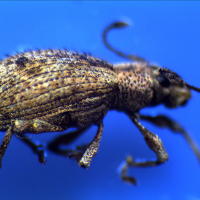 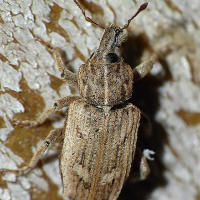 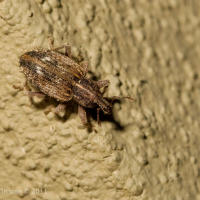